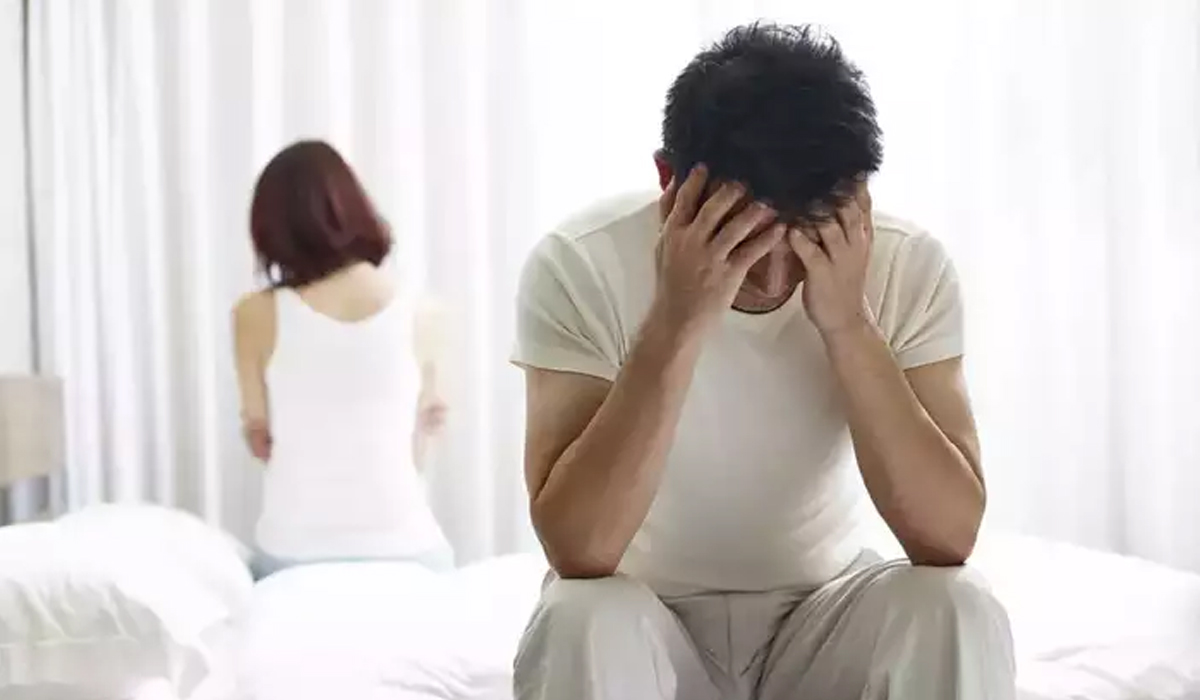 In general, after attempting to conceive through unprotected intercourse for roughly a year, couples are deemed infertile. It can be daunting and overwhelming to cross the invisible border into the world of infertility. Along with feeling as though there are pregnancy announcements plastered everywhere you turn, you can be concerned about your general health and be unsure about what to do next. We provide the best Azoospermia Treatment in Delhi.

It's not just you. About 12 to 13 couples out of every 100 struggle to conceive. According to reliable sources, male-factor infertility accounts for up to 50% of these cases. Azoospermia, which is characterized by an absence of all sperm in the semen, is one potential cause. Although uncommon, azoospermia affects one percent of reliable male donors and accounts for 10 to 15 percent of infertility cases.

Here is a brief explanation of how the body functions: In the testicles, sperm is produced. It passes through the reproductive system and combines with the seminal duct fluid. Semen, the viscous, white ejaculate that emerges from the penis, is made up of sperm and this fluid.

Azoospermia eliminates sperm from the equation. Even while you may have ejaculated, it is sperm-free. While the phrase "low sperm count" may be known to you, azoospermia is most commonly referred to as "no sperm count."

Each form of azoospermia has a unique collection of potential causes or related health issues. In general, between 10 and 15 percent of instances of no or low sperm count are likely to be caused by genetic disorders that damage the Y chromosome.

This non-obstructive kind could result from specific hereditary diseases. For instance, sperm production may be impacted by Kallmann syndrome, which interferes with the body's capacity to create gonadotropin-releasing hormone (GnRH).

We were together for 4 years and started feeling hopeless for getting a family started. At this point, one of our family friends introduced us to Dr. Jyoti Bali. Since that day our life changed completely. We started the treatment with her. We were well informed throughout the procedure which made us feel comfortable as well. After one year of starting the procedure, we were blessed with two most beautiful creatures of the world, our twin daughters, Trishka and Tvisha. Thanks Dr. Jyoti for making sure that our world is complete and full of happiness.

I just want to share my total journey of getting pregnant with IVF while undergoing treatment with Dr. Jyoti Bali. She is a wonderful human being .I got pregnant in my first attempt with all her recommended medicines and her expertise in the field. I’m lucky enough that I met her after so many failed attempts. Thank you Dr. Jyoti for all your support. I highly appreciate her for being so kind.

Dr. Jyoti Bali is one of the best doctors in Delhi. She is not only a good doctor but also a very good human being. She treats her patients like her own family. Being a childless couple, life was nothing for us. But when your dream come true, you feel like you are on top of the world. In our whole journey from child less to being parents, she has done a great job. She is our mentor and has given us the most precious gift of our life through her treatment.

Dr. Jyoti Bali has been much more to me than just a doctor. I have always been able to talk to her and get my problems resolved. Coming to her was like dealing with a trusted family. She was my therapist, supporter, friend, well-wisher and angel in disguise. Thank you for giving the happiness of parenthood.

Great Doctor, Understanding and Responsibility better than Privilege and practice accountability Better than business Thanks for being great Doctor

We want to thanks Dr Jyoti Bali, after a journey of 6 Months she gave us a double happiness Dr Jyoti Bali is treating us very patiencefully and its is a matter of trust which she gave to us We have no words to thanks Mam because she is more positive than us Thanks Dr Jyoti and Baby Soon Clinic

The thought of Medical Treatment or Hospitalization is scary & traumatizing. But a caring doctor like you makes it friendly and pleasing. Thanks for your effective analysis and diagnosis. Else, I would never have been able to continue living a life of bliss. Staff of your clinic is also too friendly. Thank you so much BabySoon.

I have been visiting Dr. Bali since April 2021 and now it is my 9th month started, my overall experience with BabySoon has been Fantastic. Dr. Bali always gave perfect advice, and suggestions. The staff has always supported me completely. Can not thank enough BabySoon Doctor and staff for making my journey easy.

It is a delight to have met Dr. Jyoti. She has been a constant support throughout our treatment. Infertility has been a stress for us and we were dealing with this for 2.5 years. She is the only doctor who not only counseled us about infertility but also cared about our mental, emotional, and physical aspects. She has healed me.

It has been a very pleasant & rewarding journey for us with Dr. Jyoti. A doctor needs to have that personal connection to instill that confidence in the patient, and Dr. Jyoti completely does that. We wish her the best of everything in the journey she has started. She has blessed us with the best gift of life.

Hello, my name is Hunny Khana. I came to BabySoon 1 year ago. We have suffered from infertility problems. Dr. Jytoti Bali suggested that this type of current situation happens to every 2-3 people. Jyoti Bali Madam, me and my wife are greatly thankful to you for a sweet baby.

It has been a year since we came to BabySoon and everytime we have been treated with the same love and care. It has been a miraculous journey where God blessed us with the best. All thanks to our amazing Doc Jyoti, she is blessed and god gifted. All the staff at BabySoon are so helpful and caring. As they say- One day you will see god had a purpose for all the waiting. Thanks to BabySoon for making our Dream come true.

I still remember coming here for the first time through Dr. Leena. It was a very new concept and experience for me, but as a doctor she was very supportive and gave me a lot of motivation + positive thinking. The treatment went very smoothly and by gods grace and her blessing I tested positive and delivered a cute Baby Girl on 6 June 2018. She has been a great motivator and mentor.

I would start with saying a big THANK YOU to the entire team of BabySoon! I have been trying naturally for 2 years and because of the right treatment, advice & support of Dr. Jyoti Bali, I tested positive yesterday!!! Dr. Jyoti Bali is a stellar person and an Amazing Amazing Doctor. She was always transparent with me throughout my entire journey & made sure I was comfortable and taken care of. A special mention to Diljot for making sure I take my medicines on time!! Thank you so much again & all the best to the future mothers!!! HIGHLY RECOMMEND IT!!

Intrauterine Insemination (IUI) is a basic fertility technique in which processed (concentrated and washed) sperms are implanted into a woman’s uterus during ovulation to boost her chances of becoming pregnant.

Is IUI different from IVF treatment?

Fertilization (meeting of egg and sperm) occurs in the body during IUI (fallopian tubes). IVF, on the other hand, is carried out in a laboratory.

What is the success rate of IUI?

The success rate of IUI is approximately 20%.

What is the difference between stimulated IVF and Natural IVF?

Stimulated IVF- A woman takes medicines/injections for 9 to 12 days to stimulate both of her ovaries to generate and mature multiple egg follicles. During the stimulation phase, a physician will do ultrasounds to track the follicles growth until they reach a specified size (18-22mm). Natural IVF- In this cycle, instead of stimulating your ovaries to produce multiple eggs, the Natural Cycle IVF Process is meant to select that one egg that your body produces naturally.

What is the advantage of natural IVF cycle?

Controlled ovarian hyper stimulation is a procedure in which the patient’s ovaries are stimulated for 10-12 days with hormone injections (gonadotrophins) in order to obtain the highest number of mature oocytes (eggs).The response to these injections is tracked by ultrasound, and after the cohort of follicles reaches 18-22mm (minimum 4-5), a trigger injection is administered, followed by ovum pickup (egg collection) 34-36 hours later.

What are the risks associated with controlled ovarian hyperstimulation?

Ovaries of some females might respond excessively to the fertility drugs. OHSS(Ovarian Hyperstimulation Syndrome) occurs in a minority of females who overrespond, symptoms of which include, vomiting, nausea, severe discomfort, abdominal distension and dehydration. Note: The patient should immediately notify the clinician in case of such symptoms

When is a couple considered infertile?

A couple is considered to be infertile when they fail to conceive after one year of unprotected sexual intercourse.

Are IVF babies born with deformities?

No, babies born out of IVF do not have any genetic abnormalities. 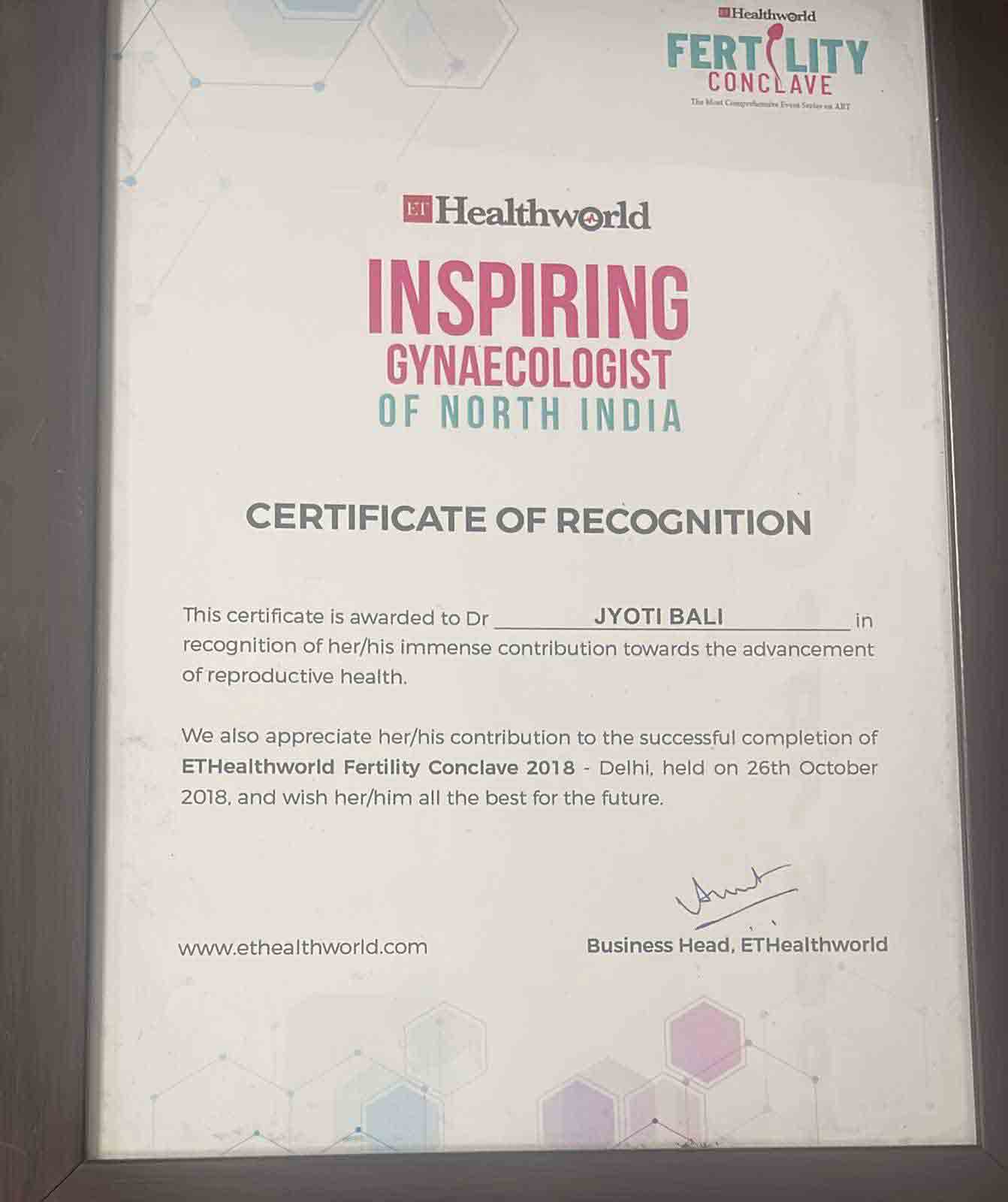 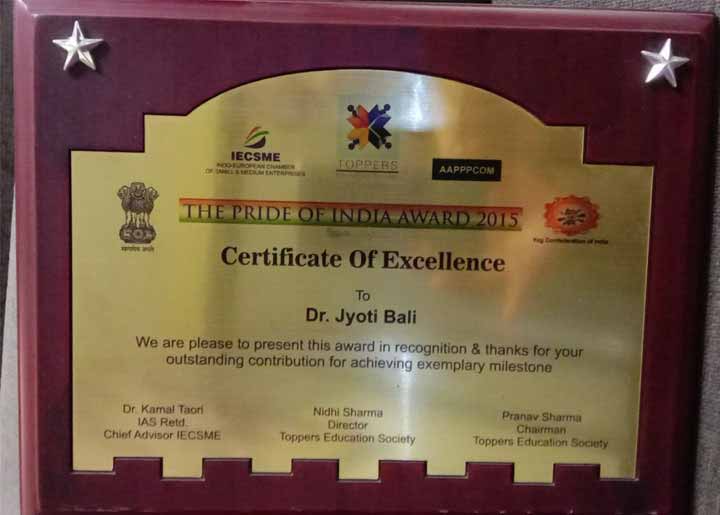 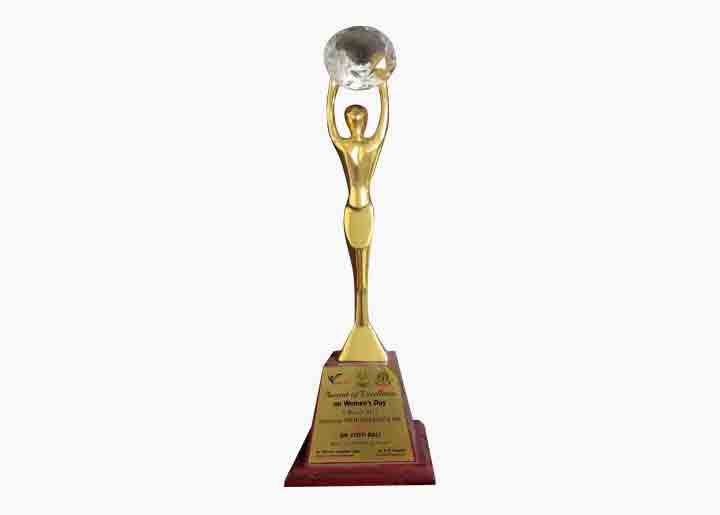 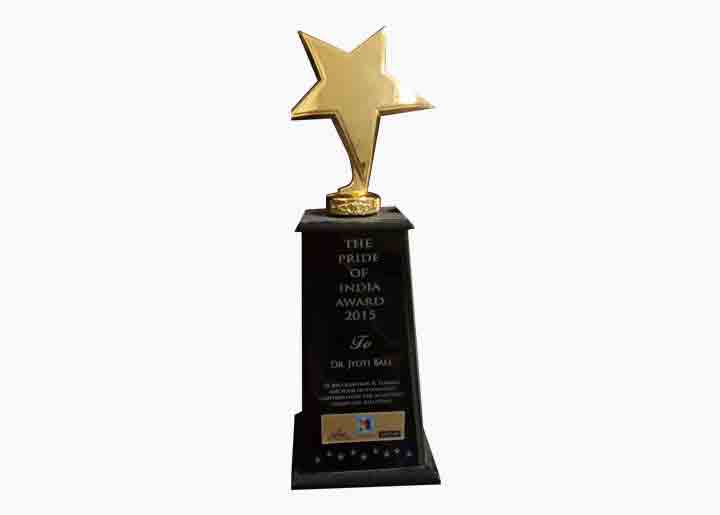 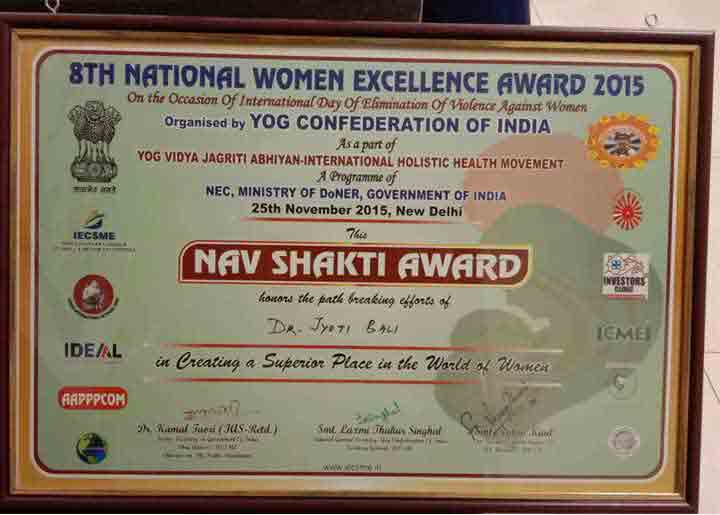 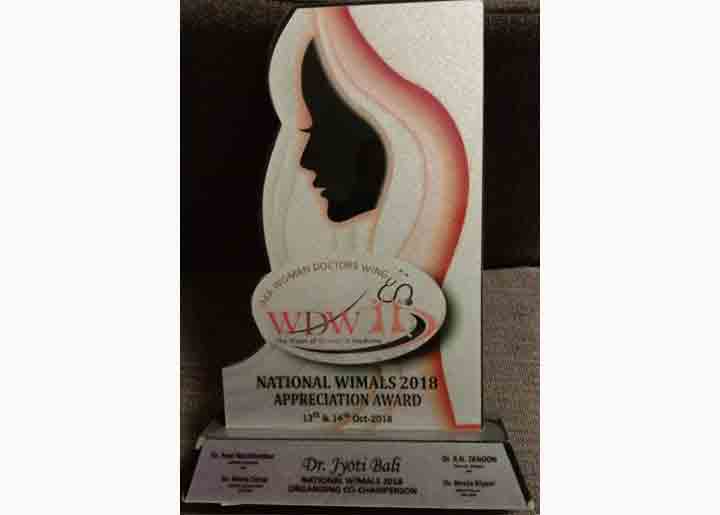 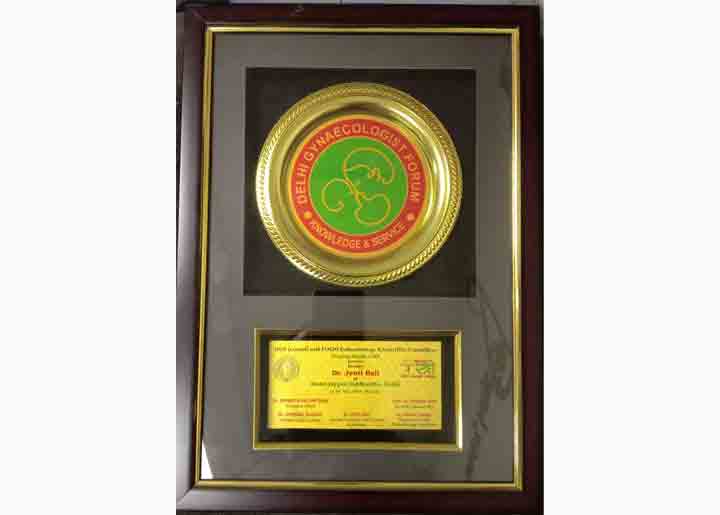 We Provide All Services in Best Quality